Turbo air from the container

With the benefit of state funding, the Trink- und Abwasserverband (TAV, Drinking water and wastewater association) Börde is currently investing four million euros in a sewage sludge digestion plant to generate thermal and electrical energy. The aim of this is to reduce costs, protect the environment and keep prices stable for local citizens. Part of the overall project at the Oschersleben wastewater treatment plant involves the installation of new blower technology for the two aeration tanks. Today, three energy-efficient turbo blowers from AERZEN provide air - these have been installed inside a 20-foot sea container to save space.

Exactly 77 tonnes of CO2 less per year: that is the premise behind the energetic renovation of the aeration tanks in the Oschersleben wastewater treatment plant. Three turbo blowers now operate instead of five positive displacement blowers. The TAV Börde has been able to reduce its energy demand significantly and is pleased about the cofinancing of the initiative by the European Union. The town, which is in the middle of the Magdeburger Börde, has just under 20,000 inhabitants. The wastewater treatment plant is designed for 48,000 population equivalents (PE), whereby the average capacity is currently 33,000 PE. “We still have capacity,” says Olaf Wachsmuth, who is responsible for the modernisation project at TAV. The association has a total of 13 wastewater treatment plants, of which Oschersleben is the largest with an average inflow of 2,900 m3 of wastewater per day.

The new blower technology replaces five positive displacement blowers that have been in operation since the first conversion of the wastewater treatment plant in 2000. At the time, the AERZEN Delta Blower type GM 35 S (2,388 m3/h, 90 kW max.) were designed for outdoor installation and equipped with a corresponding acoustic hood. High-frequency turbo machines are not designed to be directly exposed to wind and weather as standard. Consequently, in the course of the modernisation, the question arose as to where the assemblies would be located. Instead of building a costly machine house for this purpose, the decision was made in the tender to place the blower technology inside a standard container directly at the two aeration tanks.

The compact dimensions of the 20-foot container made it possible to place the assembly largely on the existing foundations of the old blowers - which ultimately resulted in savings in civil engineering.

In the container, three AERZEN turbo blowers type AT 75 0.8 S G5plus (2,900 m3/h, 65 kW) are used on an inner surface of just under 14 m2. The standard transport container was subject to special sound insulation by Aerzen Turbo Europe GmbH as contractor within the AERZEN Group, so that the noise emissions of the turbo trio are kept within narrow limits. The building permit in fact stipulated that the new blower centre would not exceed a sound pressure level of 60 dB(A) in terms of noise emissions.

Lots of air in, little sound out

“It is about 180 meters, as the crow flies, to the residential development,” says Olaf Wachsmuth, who says a noise protection survey was part of the approval process. “This involved measuring the old blowers and their sound propagation up to the nearest house.” With the new ventilation technology, the TAV is noticeably quieter on the road. The sound-insulated container has proved just as effective as the Aerzen Turbo, which is quieter than the previous technology. To ensure that they do not run out of supply air, special splitter silencers are used. They are part of the AERZEN system and are designed to ensure the optimum air supply for the turbo machinery - and this with an effective sound insulation. At Oschersleben, this setup delivers 9,000 standard cubic meters per hour - i.e. 3,000 cubic meters per turbo blower.

“We can also deliver 24,000 standard cubic meters out of one container with this setup,” says Ingo Bartz. Even more powerful turbo blowers from AERZEN are still so small that three of them fit into the container, he adds. “That’s a lot of air performance with an extremely small footprint,” emphases the sales manager at Aerzen Turbo.

In Oschersleben, the “turbo container” is connected to the Aqualogic computer from Aqseptence. By means of sensors, this determines the oxygen demand in the two aeration tanks and then regulates the opening of slides in the supply air line. The higher-level AERsmart machine control system from AERZEN regulates the output of the three turbo blowers according to the prevailing pressure in the line. If the pressure drops, the air output increases; if it increases, it drops again. The integrated control system manages the optimal inter- action of all three turbos for both aeration tanks. The use of three turbo machines creates the basis to reliably control peak loads on the one hand and to always have an assembly available as redundancy on the other.

With the selection of an aeration solution based on turbo machinery, Oschersleben has succeeded in noticeably reducing the energy demand in biological purification. Those involved in the project expect a saving of around one third as a result of the conversion. This efficiency potential means that the operating costs of a technical solution are increasingly coming to the fore in tenders - and there’s less emphasis on the up front purchase price. “We calculated the required energy for all load cases and correlated the values over time, i.e. we weighted them accordingly over the operating times,” explains Olaf Wachsmuth. The maintenance costs over five years of operation were also included in the evaluation of the best technical solution. The Turbos also scored well here. Installations in a container that can be quickly connected can also be used for future modernisation projects, as the assemblies can be put into operation at short notice and require little space. 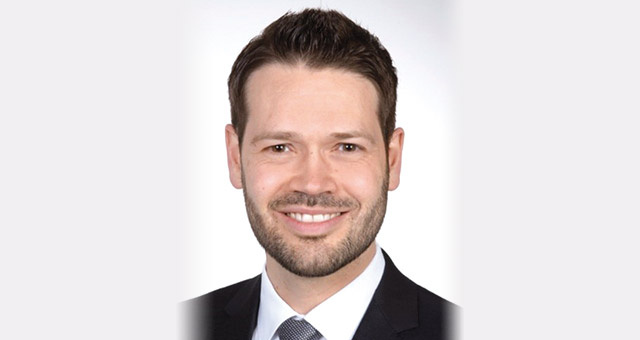 Michael Leitsch took over as Sales Manager for Process Gas at the Opportunity Engineering Group at Aerzener Maschinenfabrik GmbH in February 2021. After successfully completing his mechanical engineering studies, he was able to gain valuable experience in the process gas industry. This includes various positions in sales and quotation engineering for process gas compressors, including several years in Asia. Most recently, he worked for two years as a project manager in a refinery. Leitsch works closely with the AERZEN Group’s global sales companies to provide AERZEN customers with customised process gas solutions. 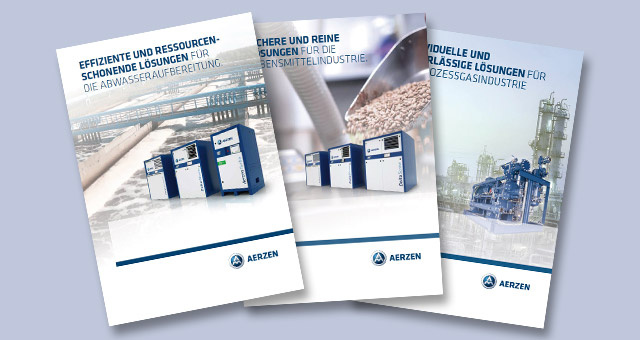 AERZEN has revised or created new marketing material especially for the application areas of wastewater treatment, food technology and process gas technology. How can energy costs be saved in wastewater treatment? How can hygienically clean process air be generated? What requirements must modern process gas compressors fulfil? These are all questions that AERZEN customers have to ask themselves in the course of CO2 reduction, Industry 4.0, globalisation and constantly increasing cost pressure. We support you in this and offer you answers to your questions with our new brochures.