In the Austrian Zillertal, the wastewater treatment is currently successfully raised to a new technological level. Triple-A is the name of the process that can achieve twice as much capacity in high-load biology as conventional methods. Behind AAA at the Strass wastewater treatment plant are also three companies that are jointly implementing the new process: ARAconsult, Aquaconsult and AERZEN.

The Strass wastewater treatment plant in Zillertal is currently investing in an expansion of capacity by 50 percent. Alternating Activated Adsorption is the name of the process for which air is also required in the first purification stage. Two AERZEN turbo blowers, type AT100-0.6 S G5plus, each deliver up to 70 standard cubic metres per minute with high energy efficiency.

A higher degree of efficiency in preliminary purification provides the Strass wastewater treatment plant with a gain in efficiency across the board. The plant, which belongs to the Achental-Inntal-Zillertal (AIZ) wastewater association, has so far been designed for 167,000 population equivalents (PE) per day. The average annual load is 20,000 PE. Started up in 1989, extensive modernisation and repair work was due after 30 years - from plant technology to concrete refurbishment. Moreover, the inflow values no longer matched the size of the plant – especially during peak tourist periods. With a view to future-proofing, one of the aims of the modernisation was to increase the capacity of the plant by 50 percent to 250,000 PE – but without building new tanks. „So we have to make the process much more productive,“ emphasises plant manager Christian Fimml. The AIZ invested € 1.8 million in technology instead of in concrete that takes up space.

In the past, the comparatively small tank was in high load phases the bottleneck in wastewater treatment in the Zillertal. Especially during the ski season, the A level turned out to be a bottleneck with a steadily decreasing efficiency. Today, the AAA process is used in Strass. In this process, the inflowing wastewater in the existing sedimentation tanks undergoes a sedimentation and filtering process of two hours. “Triple-A,” which stands for “Alternating Activated Adsorption.” Finely blown in air plays a decisive role in activating biosorption. It is supplied by two AERZEN turbo blowers of type AT100-0.6 S. Each of the energy efficient G5plus assemblies delivers up to 70 standard cubic metres per minute with 84 kW motor connected load. “We work with an overpressure of up to 450 millibar”, reports Patrick Quitt, sales engineer at AERZEN Austria. “The delta is enough to put the air into the water in two separate compression stage rings.” The strip aerators are distributed in two different depth levels at the bottom of the round tanks. The independent strands are due to the fact that the existing tanks become deeper from the outside to the inside like a funnel. On the one hand, the air supplies bacteria in the sludge layer with oxygen, but on the other hand, it also takes over the lifting of the forming solid layer in order to transport it out of the tank.

In the AAA tank, four phases occur within a cycle of about one hour. Here, the layer of sludge that forms takes over an essential filter function. The solids settle to the bottom of the tank during the non-aerated phase. In the AAA process, this layer is used as a natural filter. Over a period of about half an hour, fresh wastewater is fed into the reactor tank from below. The sludge cover above prevents mixing with the already pre-treated water near the surface.

Sewage sludge as a natural filter

During the approximately half hour inflow, the pre-treated, near-surface water is displaced and flows via overflow into the second purification stage. On the one hand, the sludge layer acts as a barrier, on the other hand, it acts as a filter and a place for massive COD degradation by bacteria. An EPS matrix (Extracellular polymer substances) is formed in the process. EPS are long-chain compounds that are formed by microorganisms. EPS are often referred to as biofilm and help the cells to establish a connection with neighbouring cells.

The purification and filter effect is so effective that it agglomerates 60 percent of the organic matter contained in the wastewater and also binds nitrogen strongly. According to the experience, classic primary wastewater tanks achieve only 30 percent. A further advantage is in the technical realisation. The process does not require a complex clearing mechanism to get the sludge out of the tank. Air is enough - and the two turbo blowers from AERZEN provide that as well.

Air in the first purification stage? The answer to this can be found in the process flow. In the AAA process, after the briefly sketched half-hourly inflow, the sludge layer that has formed is lifted by compressed air and transported via a vortex-like turbulence into the thickener in the middle of the tank. Subsequently, the two AERZEN Turbos take over the so-called activation of the remaining sludge. Here, the bacteria build up the EPS-matrix so that the filter can work. Once this has formed, the next inflow starts.

The turbo blowers have been designed together with AERZEN. An essential factor in the selection of the aeration technology was to use assemblies that have the lowest possible energy consumption. The extremely durable and maintenance-free air bearing of the turbo stage from AERZEN enables the compact, energy-efficient assemblies with their high power density to be used throughout the entire control range. The advantage of AERZEN is clearly the variety in the programme. The customer can select the right assembly for the application and knows that the machines work reliably.

The new process is particularly interesting for wastewater associations and municipalities that are about to expand their plants. The investment pays off very quickly. Even if the demand for electrical energy increases in the preliminary purification, is all the less needed in the subsequent aeration. The less organic matter arrives in the aeration stage, the lower the corresponding oxygen demand. 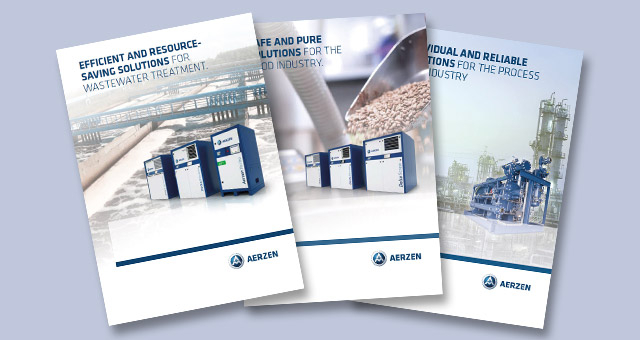 How can energy costs be saved in wastewater treatment? How can hygienically pure process air be generated? What requirements must modern process gas compression meet? These are some of the questions which AERZEN customers will have to ask themselves in order to address the challenges posed by Industry 4.0, globalisation and constantly increasing cost pressures. We are supporting you in dealing with these challenges and offer answers to your questions in our new brochures. You can download the new brochures using your CustomerNet access via our website, or printed versions can be ordered by completing this request form: 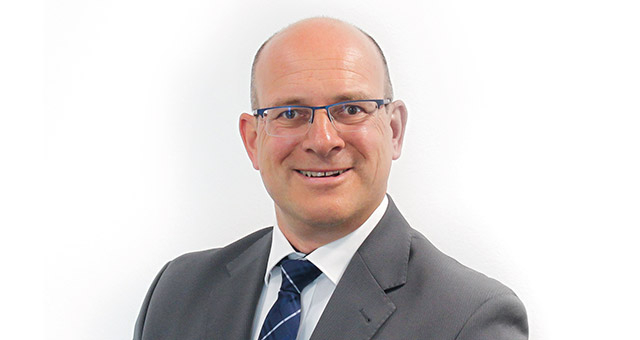 New Head of Material and Logistics

Rainer Hellweg took over the management of the Material and Logistics division in July 2020. As Chief Procurement Officer, he is also responsible for co-ordinating the worldwide purchasing activities of the AERZEN Group. The Graduate Industrial Engineer brings a wealth of professional experience to his new role at AERZEN. Rainer Hellweg worked for the mechanical engineering company and AERZEN customer Haver & Boecker for more than 20 years. Among others, he worked at its subsidiary in Brazil for a long time. In 2005, he took over as Purchasing Manager of Haver & Boecker and from then on also promoted the worldwide networking of purchasing within the group. 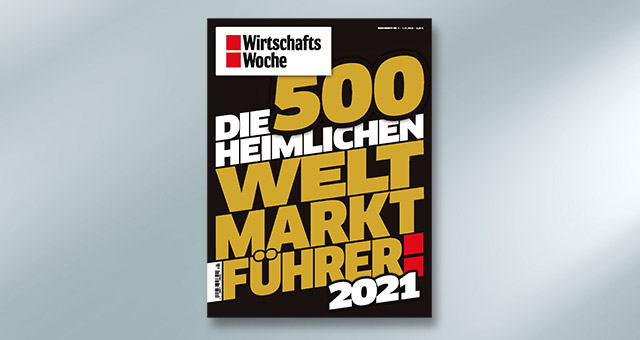 AERZEN - the number one worldwide

The “WirtschaftsWoche” magazine has again ranked AERZEN as a world market leader in its special issue “The 500 Secret World Market Leaders 2021”. The coveted listings go to companies which are worldwide number one or number two in at least one relevant market segment. Accordingly, AERZEN is world market leader in the field of positive displacement blowers and screw compressors, thanks to its sizeable market share.