The AERZEN principle: Air as bearing

The air supply of modern wastewater treatment plants is clearly designed for maximum availability, high energy efficiency and long maintenance cycles. Therefore, AERZEN does not use oil or other lubricants for the demanding bearings within the turbo blowers of the current series Aerzen Turbo G5plus, AERZEN uses simply air. Thanks to the new turbo generation, AERZEN has created a more robust and more efficient solution compared to highly complex magnetic bearings.

As an effective bearing without any mechanical friction at all, AERZEN uses compressed air in the two radial drive shaft bearings and the axial bearing for absorbing the axial forces. In doing so, in no case, air is pumped with high pressure externally into the bearing shell, but rather in a brilliantly simple way, the compressor principle is used. Due to natural unbalance, when starting the turbo blower, the rapidly rotating shaft generates an eccentric circular motion in the air gap of the bearing. With the minimal distance to the bearing wall, the shaft increases the pressure in this area, and counterforce is generated in the form of an increase in pressure. This forces the shaft back in the opposite direction. Due to the rapidly increasing speed, the shaft centers in the bearing itself and increases the pressure in the air gap to more than 30 bar. The prevailing force couples are so high, that they keep the shaft permanently in the centre of the bearing, even in case of considerably varying and challenging operation conditions, and this takes place in free-floating manner without surface contact. The highlight of this AERZEN principle is that the air cushion forms itself during operation and - in contrast to magnetic bearing (see information box) - without further energy input. Initially, the air foil bearing was developed by NASA and has now been further optimised by AERZEN for turbo technology.

Concerning the air foil bearing principle no electrical, mechanical or pneumatic regulations are necessary - not even in case of dynamic load changes. It is true that wear friction can develop during start-up of the turbo blower until the air cushion is formed. In order to face this theoretical possibility, AERZEN has developed an innovative air foil bearing system. AERZEN uses a 2-component coating as the maintenance-free friction partner, which serves as a reliable lubricating film on contact with the shaft. As the compressor compresses the air in the bearing so densely, the layer between bearing ring and shaft is practically as hard as steel. Consequently, AERZEN has designed a damping layer specifically for this application - the spring foil. This is a millimetre thick plate which, when rolled into an undulating shape, supports the lubricating layer of the bearing and absorbs vibrations at the same time.

With the sophisticated conception of the air foil bearings, AERZEN succeeded in maintaining the simple construction of a turbo blower with the high-frequency permanent synchronous motor as energy-efficient drive. This bearing type still has reserves to support higher speeds than this is usually possible with magnetic bearings. As a consequence, the performance density of the turbo blowers can be further increased due to faster rotating blade wheels, if the appropriate motors are used.

Turbo blowers from other manufacturers work with magnetic bearings, which also aim to overcome the high speeds without any mechanical bearing. However, with the older technology of magnetic bearings electrical current is needed, so that the coils, arranged circularly around the drive shaft, can develop their forces during operation and have the shaft rotating free from mechanical friction. Particularly changing operation conditions put the highly complex regulation system of the magnetic bearings to a test. Frequently it comes to safety shutdowns of the entire turbo blower due to technological reasons. To ensure, that in case of a malfunction, an emergency shutdown, or a power failure, the system remains active for a certain period of time, turbo blowers with magnetic bearings must always be equipped with an uninterruptible power supply (UPS). Consequently, the UPS inevitably increases the life-cycle costs. A similar expenditure is necessary for the magnetic bearing system, as – permanently in operation – it uses electrical energy continuously. Its complex regulation technology necessitates regular maintenance intervals. The innovative air foil bearing from AERZEN has been designed for a theoretical bearing life of 80,000 operating hours independent of start/stop cycles, and sets a new standard in the market. 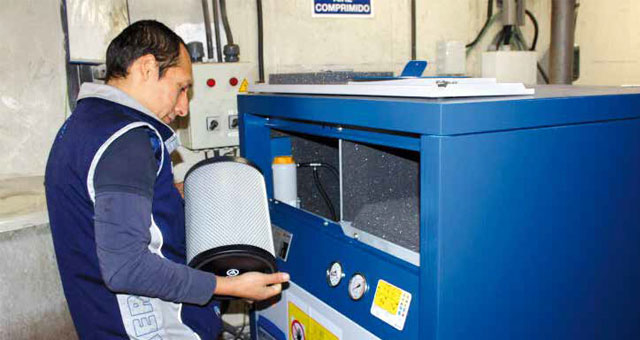 The spectacular Oceanario de L’Aquarium in Barcelona is considered the largest and most species-rich aquarium in Europe. With a diameter of 36 metres and a depth of 5 metres, it holds approximately 4 million litres of water. A few months ago, an AERZEN Delta Blower package was put into operation in the L’Aquarium. A large team of highly qualified professionals and cutting-edge technology enables to guarantee the health and wellbeing of over 11,000 animals at the L’Aquarium.

Around 6 million litres of seawater is needed to fill the 21 aquariums. This water is supplied continuously by means of controlled extraction in wells arranged specifically for this purpose. A sophisticated water purification system enables operation in a semi-closed cycle. Purification and filtration are required for a number of reasons. When leftover food, along with the excrement of each organism (with a high ammonium content), is biologically degraded, secondary chemical compounds form (nitrites and nitrates), which are very harmful to the occupants of the aquarium and must be removed. Final sterilisation of the water is required as a biological prevention measure towards the exterior of L’Aquarium.

The new AERZEN Delta Blower starts up in case of emergency, such as an electrical breakdown, and thus makes sure that the water runs out of filtration, and the fishes are provided with oxygen. The circulation of water is what generates oxygen. In addition, in an emergency, porous, pumice-like stones are put in the water to oxygenate the water. The AERZEN Delta Blower provides absolutely oil-free air according to ISO class. For the Aquarium application, it is a must: If the blower was operated with oil it would be fatal for the fishes. 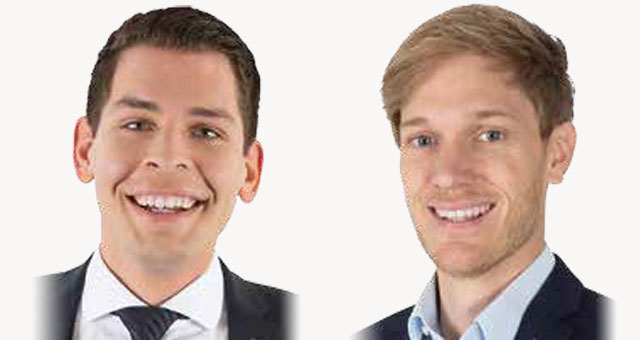 Christian Reimann took over the position of Product Manager for Delta Blower and Alpha Blower on June 1, 2019. Previously, Christian Reimann was exclusively responsible for AERZEN Alpha Blowers as Product Manager. His experience as a quotation engineer for standard and modified solutions regarding blowers and compressors provides him with sound product and application knowledge.