Recently, KöhlerKalk in Northern Hesse commissioned a new kiln. Thanks to the rotary lobe compressors made by AERZEN, the plant manufactured by QualiCal counts among the most efficient solutions in its field.

In Northern Hesse, they are calcining dolomite, a crystalline mineral mixture consisting of calcium carbonate and magnesium carbonate. This burnt lime is particularly suitable for the steel industry, as the magnesium in the dolomite, as an oxide (MgO), has a positive effect in steel production and protects the converterwalls when refining raw iron into steel. The general task of the added lime is to bind the sulphur in the melt. Therefore, steelworks are among the regular customers of KöhlerKalk, located in Vockerode, Hesse, east of Kassel. “There are not many dolomite deposits in Germany, ”reports Christian Köhler, technical manager of the smallest lime works in Germany. In view of the future security of the location in the Werra-Meissner district, the family-owned company decided to invest in a new kiln in 2017. The QualiCal specialists from Italy received the order. Designed as a parallel flow regenerative kiln (GGR kiln) this type is among the most energy-efficient lime burners according to BAT (best available technology, component of the installation authorisation law according to EU Directive 2010/75/EU concerning industrial emissions). While in the past, for KöhlerKalk, the consumption of coke had been the biggest factor in their operating costs, this has now shifted to their pulverised lignite and electrical energy costs. “Hitherto, electricity was never an issue, ” reflects Köhler. “The old kiln was working almost mechanically". When the new plant has been run-in, the fuel will no longer be brought into the kiln together with the dolomite rock in layers and set on fire, but instead blown directly into the calcination zones with distributed burner lances. For this, blowers for transport and cooling air are as necessary as they are for generating process air in GGR kilns.

The targeted blowing in of lignite with a total of 24 burner lances - equally distributed between the two shafts - improves the thermal efficiency as the carbon directly releases its energy onto the rocks. The calcination is accompanied by a sophisticated airflow - the parallel flow regeneration. At KöhlerKalk, rotary lobe compressors of the AERZEN Delta Hybrid series assume this function. Hybrid blowers combine two procedures for conveying air in one machine: the Roots principle as isochoric compression for low pressures and the screw compressor principle with internal compression for higher pressures. As far as the concept is concerned, the Delta Hybrid is based on the well-known and successful AERZEN series Delta Blower and Delta Screw. AERZEN has calculated that the rotary lobe compressor requires 15% less current than existing blowers concerning absolutely oil-freeconveying of air. At KöhlerKalk, the economical use of electrical energy has a significant effect on the efficiency of the entire production- and this with short ROI-periods. The importance of the blower technology in modern GGR kilns becomes clear when you look into the machine room of the new kiln. For the combustion air, three Delta Hybrids D 75 L (max. 132 kW, 4,000 m³/h,1,000 mbar) are in operation. Another two packages with the same capacity convey cold outside air, blown in from the bottom into the calcined lime, to cool it down to a considerably lower temperature before discharging it. For cooling the burner lances in the two furnace towers and the pneumatic conveying of the pulverised lignite, KöhlerKalk will in future rely on the AERZEN Delta Blower series. As the (in total) three packages type GM 25 S (55 kW, max.1,450 m³/h) provide considerably less capacity than the five Delta Hybrid blowers, KöhlerKalk decided not to have an upgrade here. “Our goal was to achieve maximum efficiency gains with any increase in the plant’s costs kept as low as possible,” says Köhler.“In kilns, positive displacement blowers are traditionally used without exception. These are working very reliably, but consume quite a lot of energy,” explains Francesco Cella, CTO at QualiCal. With the change to rotary lobe compressors, the plant manufacturer succeeded in making available the necessary air volumes as energy efficiently as possible in synergy with an exact speed control of the blowers. Due to its special rotor profiles, the Delta Hybrid is able to save energy by means of internal compression alone. For the first time in the low pressure market we succeeded in achieving such a significant saving without any loss in quality and reduction in reliability of the positive displacement blowers.

The future belongs to Hybrid blowers

“We have a longstanding partnership with AERZEN and pursue a vision, which is characterised by quality, reliability and innovation,” says Carlo Cella, CEO of QualiCal. On this project, the partnership resulted in very close co-operation between QualiCal and AERZEN at an early stage. The process data was analysed, simulated and, finally,the results were reflected in the blower technology. “The success is the result of a very trusting and extensive exchange of information. We are very good at burning lime, AERZEN is very good at generating process air – we complement each other very well,” adds Cella, who is clearly pleased with the collaboration. The new package at KöhlerKalk clearly shows how economic advantages, sustainability and increasing product quality can be reconciled. Even though the Hybrid technology is initially more expensive than conventional blower technology in terms of the hardware costs, the noticeably lower operating costs justify investing in Delta Hybrid rotary lobe compressors. From the point of view of the operator, Christian Köhler is convinced that the future belongs to Hybrid blowers in kiln construction for lime treatment. “Our kiln is the first in Germany to calcine dolomite in the GGR procedure. So, we are among the pioneers and are eager to learn what the efficiency gain after running-in operation will be,” he says. 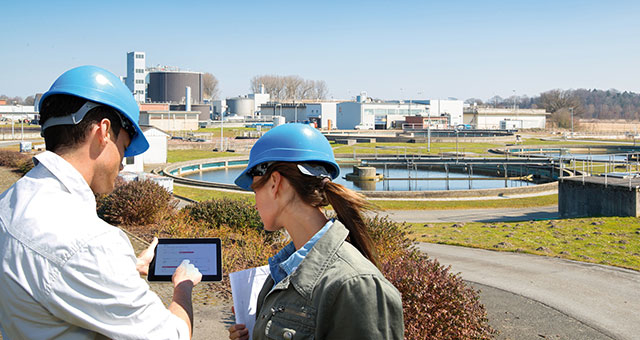 Load operation in wastewater treatment plants is subject to wide variation. The amount of wastewater to be treated – and its level of pollution –will change depending on region, time of day, day of the week, season, or amount of rainfall – often without warning. With the new AERaudit service, AERZEN measures the air volume requirements of a wastewater treatment plant and shows the individual saving potential. Equipped with a mobile measuring case which includes sensor technology, energy counter and data logger, the AERZEN service team screens the blower station. On site, i.e. at the wastewater treatment plant, all necessary operating data (volume flow, system pressure, temperature, kW-rating) is measured and recorded live for a defined period. The recorded data is then assessed in detail at the offices of AERZEN’s parent company. No weak load or peak load remains undocumented. On this basis, the AERZEN team develops one or more possible solutions customised to the individual plant. The objective is clear: to provide utmost energy efficiency. Customers are provided with a transparent and comprehensive presentation of the load profiles and energy consumption of the blower station. In addition, AERZEN documents an individual solution involving the various machine technologies of the Performance³ portfolio (Blower, Hybrid, Turbo). AERZEN illustrates the potential for saving energy and CO2 in the plant, and the payback periods that can be achieved. 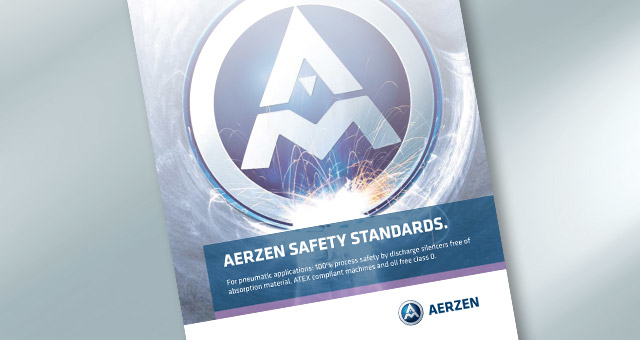 A unique selling point of AERZEN products is that our silencers are free of absorption material. Thus, this feature has been included in the leaflet portfolio. The new brochure Safety Standards (A3-121-00) provides information about oil-free operation of AERZEN assemblies, as well as about the increased energy efficiency and lifetime extension of process air systems thanks to AERZEN reactive silencers without absorbent material. Please have a look at this new brochure. 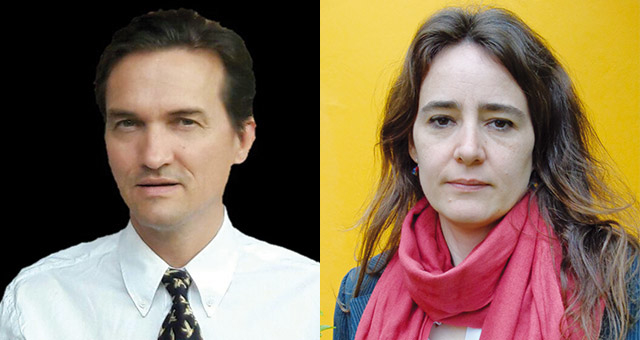 On 1st May 2017, Aerzen Argentina S.R.L. commenced business operations, headed by Alejandro Knoop, based in the suburb of Vincente Lopez of the Argentine capital Buenos Aires. Cristina Pilz is working for Aerzen Argentina as the office’s administrative assistant. There were two reasons for the foundation of the 49th AERZEN subsidiary: on the one hand, a U.S. company had taken over the AERZEN representative in Argentina, which had been working for us there for 37 years, and this led to the fact that AERZEN products were no longer in focus; on the other hand, the arrival of the new Argentine Government has been accompanied by signs of an economic upswing. An important partner is Germany, as it became clear on the occasion of Angela Merkel’s visit to Buenos Aires on 8th June. Alejandro Knoop was also invited to the gala dinner with the Argentine President Mauricio Macri and the Federal Chancellor – a great honour for him and Aerzen Argentina. In the initial phase, Aerzen Argentina will focus on serving existing customers. The wide distribution of AERZEN machines in many main applications provides a good basis for the successful establishment of this new subsidiary. In 2018, sales and service activities will be extended. 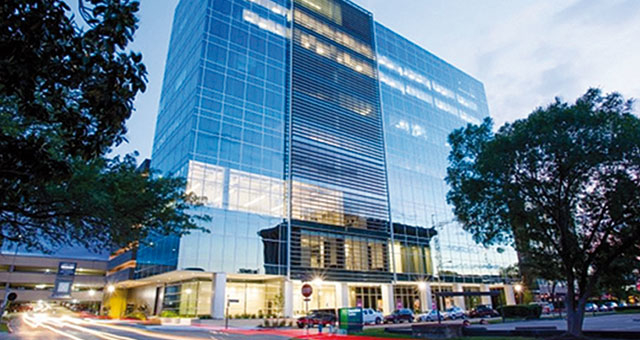 Aerzen USA based in Coatesville, Pennsylvania is on an expansion track: This is evidenced by the recent opening of our American subsidiary’s first regional sales office in Houston, Texas. We will now have the opportunity to support our numerous customers in the Gulf of Mexico region directly and more intensively, while also gaining new customers. There are many important refineries and petrochemical plants on the Gulf coast, where our blowers for pneumatic transportation and our process gas compressors are in operation. “Close cooperation with our customers is the key to our mutual success,” says Tony Morris, Managing Director, Aerzen U.S.A. On 20th April 2017, many customers and business partners celebrated the Open House day of the new office in Houston. Employees mainly in sales, application technology and support work in this building, which is also equipped with a conference and training room.